In an exclusive interview with The Federal, filmmaker Vasanth Sai shares his passion for adapting literary works for the screen, the long breaks between films and his penchant for parallel cinema

In the 1990s, the Tamil film industry was undergoing a major transformation. The effects of the country’s neo-economic policies aimed at liberalization, privatization and globalization were also gradually seeping into Tamil films. The films were moving away from basing their stories in rural settings and moving into urban worlds.

Tamil cinema was all about mass entertainment, with big budgets and grandeur regardless of the script. In this environment, the films of filmmaker Vasanth S Sai stand out. His films had and continue to have an understanding of art and commercial elements in perfect rapport. He had a knack for walking parallel and commercial cinema, a quality he had drawn from his mentor K Balachander, a veteran filmmaker. 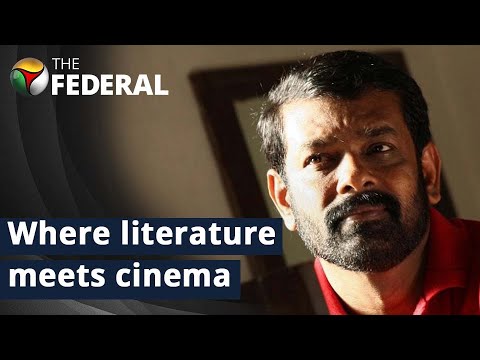 The film was based on three short stories – Vimochanam, Devaki Chithiyin Journal and Ottawa, written by Ashokamitran, Jeyamohan and Aadhavan, respectively. It was released on Sony Liv.

Interestingly, it was Vasanth who introduced Suriya, who also won the National Award for Best Actor this year, in his 1997 film Nerukku Ner. In an interview with a Tamil magazine, Suriya confessed that Vasanth used to berate him on the sets of Nerukku Ner, and it made him realize that he had to work hard to shine as an actor.

Some 23 years later, after the resounding success of Soorarai PottruVasanth wrote a letter to Suriya stating that after his first film, the superstar’s acting prowess improved a lot and this is reflected in the Captain GR Gopinath biopic.

When asked how he sees Suriya developing as an actor, Vasanth was at a loss for words. He simply said: “My wishes for him”. In an exclusive interview with The Federal, Vasanth shared his passion for adapting literary works for the screen, taking a long break between each of his films, and various other topics. Edited excerpts:

This is your third national award. How do you feel about that?

I feel humbled. A film about the problems of women getting a national award gives me a lot of satisfaction. I dedicate this prize to four men: my guru K Balachander, the writers Ashokamitran, Aadhavan and Jeyamohan.

A simple reason why I chose the format of short stories in my film is that these stories do something to me. It’s more than just loving them. I didn’t read them with the intention of making a movie out of them. On the contrary, I read these stories about 25 years ago, many times at different stages of my life. They were written in the 70s, 80s and 90s. When I wanted to make a film centered on women, these stories came to mind. So, after receiving the rights, I adapted them into a film. This is a film that I made straight from my heart.

What drives you to continue adapting literary works?

Literature and cinema make people realize themselves. As a reader, when I read a short story or a novel and I like them, I want to adapt them into films. It’s movies like this that bring out the best in me. After having watched Sivaranjaniyum…, director Mani Ratnam sent me a note of congratulations stating: “Literature meets cinema!”. I like to bring literary works closer to cinema.

But you were yourself a writer and a journalist…

Yes. I was a journalist for the Indian Express for three years during my college days. Most of the time, I spent my time in the field rather than in class. I have written over 500 articles, 100 short stories and interviewed stalwarts like former Finance Minister C Subramaniyam.

Has the journalistic experience made you a sensible filmmaker?

Maybe. When adapting literary works, I am careful not to disturb the soul of the story despite my creative freedom. If I’m called a “meaningful filmmaker,” at least in that sense, I’m happy.

After Nee Pathi Naan Pathi, there was a gap of four years. Then you came up with a cutting edge movie Asai, after which you went into hibernation. Your next was Nerukku Ner after a gap of two years. Why are you taking these long gaps?

I deliberately choose to do so. I can make movies even on a daily or monthly basis. I made the documentary Sanath in just two days. But it is difficult to have producers for feature films. As you know, I am the producer of Sivarajaniyum Innum Sila Pengalum. I finished the film in 2018 but it didn’t come out until 2021. Although the pandemic delayed the film, as a producer I have my own challenges. So taking a long break between one film and another is inevitable. However, this does not mean that I am inactive during my break. I make short films, commercials and documentaries.

You can still do a full mass artist. But you deliberately chose the middle way…

At a time when filmmakers don’t know when their films will be released, it makes no sense to talk about my future projects. Yet, quite simply, I like to continue traveling the literary road. I have many stories that I have read and liked and I want to convert them into movies. A work of literature can only receive sufficient attention when the writers and their works are properly respected and their values ​​are realized. When more filmmakers come forward to adapt literary works, Tamil cinema will reach even greater heights.