Leon Cameron had one of the most stressful days of his life on Thursday as he announced he was quitting as GWS Giants coach, but he still managed to crack a joke at his own expense by explaining the reasons for his gesture of shock.

The 49-year-old will lead the team for the last time in Sunday’s game against Carlton, ending his nine-year tenure as the team sit 15th in the standings.

Cameron faced the media on Thursday morning with his players watching intently and was asked if he would stay in Sydney.

‘I hope so, yeah – do you have a job?’ he joked to the reporter, triggering a wave of laughter.

When the reporter said there might be a position for him, Cameron continued, “Absolutely. You are forcing your people to talk to my people. What do you think about it?’

Cameron’s players were hanging on his every word as he addressed the media on Thursday morning to explain his shock resignation as GWS Giants coach.

It was a rare humorous break after a deluge of serious questions about his future and what prompted him to end his coaching tenure as his contract only expired at the end of the season.

Whenever a coach suddenly steps down, there’s speculation the team has stopped listening – but Cameron has been adamant that’s not the case at GWS.

“I know I still have the players, but it’s zapping work, and I’ll be totally honest, sometimes it can wear you down a bit,” he explained.

“But saying that, it’s not just the only reason. I think there are a whole bunch of reasons. 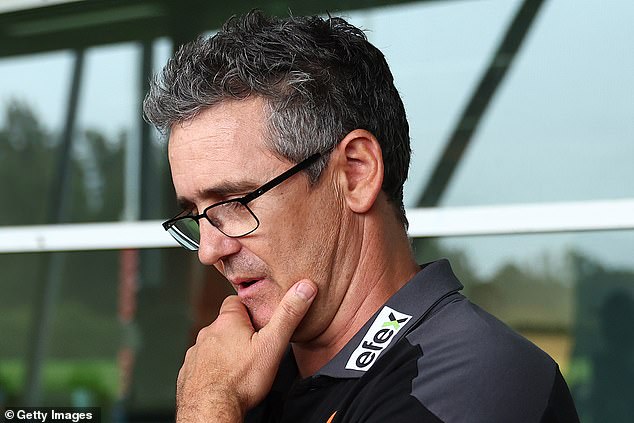 After nine seasons with GWS, during which he grew the club from scratch into a premiership contender, Cameron said the difficult nature of the job had finally worn him down. 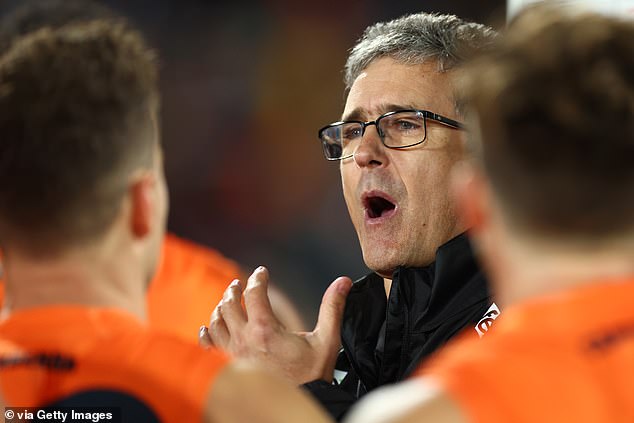 Cameron speaks to his side during their demoralizing 53-point loss to Geelong last Saturday, which was seen by many as the last straw of his time at the club

Speculation over Cameron’s departure could intensify following the Giants’ win over the Gold Coast on April 2 when he revealed talks of a new contract with the club had been put on hold.

This accelerated after GWS was crushed by Geelong last Saturday, with the veteran…