By Katie Hind, showbusiness editor for The Mail on Sunday

Chelsea manager Thomas Tuchel has split from his wife, The Mail on Sunday can reveal.

While dealing with the fallout of government sanctions against Roman Abramovich, the Russian oligarch who owns the club, Tuchel also had to deal with the collapse of his 13-year marriage.

His wife Sissi began divorce proceedings last week, with friends saying “all avenues are exhausted” when it comes to reconciliation hopes.

“Sissi and Thomas tried to avoid breaking up but in the end there was no other way,” a source said.

“It’s very sad and now it’s about making sure their daughters are the top priority. Papers were filed last week to get the divorce underway.

While dealing with the fallout of government sanctions against Roman Abramovich, the Russian oligarch who owns the club, Tuchel also had to deal with the collapse of his 13-year marriage. Pictured: Thomas and Sissi

He first stayed in a hotel before the family moved to Cobham, Surrey, near Chelsea’s training ground.

Tuchel, who would be paid £7million a year, now faces a multi-million pound divorce settlement. His wife gave up her job at the German newspaper Süddeutsche Zeitung to raise their family, so she may be entitled to a share of his future earnings as well as half of his current fortune. Sources say the couple are determined to keep the divorce amicable.

Just ten months ago, Ms Tuchel was seen running down the pitch at Porto’s Estadio do Dragao before jumping into her husband’s arms after Chelsea secured a 1-0 Champions League victory champions against Manchester City. 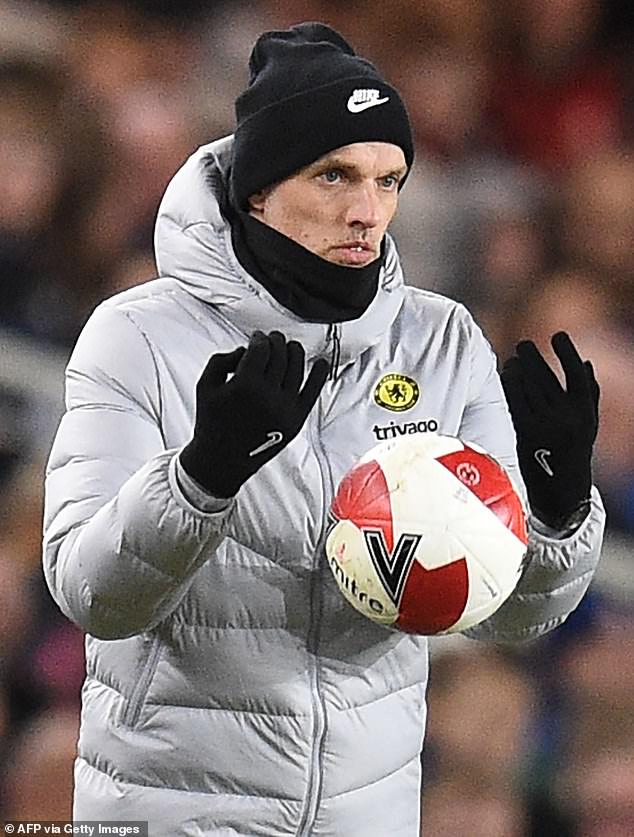 While coaching PSG, Tuchel and his family lived in the upscale Hauts-de-Seine district of Paris. Ms Tuchel, 46, has been credited with helping her husband excel during a managerial career that saw him win numerous trophies in Germany, France and England.

Tuchel has been praised for the way he coped with the restrictions imposed on Chelsea after Abramovich was sanctioned following Russia’s invasion of Ukraine.

As a new owner is sought, the club cannot sell match tickets, sign players or give new contracts to existing players. Tuchel, whose side were beaten at home by Brentford yesterday, did not respond to a request for comment.