Team India delivered a top-notch performance in the just-concluded Twenty20 International (T20I) series against the Windies. Playing away, India went through the five game series and won it by a convincing 4-1 margin. While India had a 2-1 lead after the first three games in the Caribbean, they picked up an early victory in the last two games in Lauderhill, Florida. For an Indian journalist, the last match was more than memorable after young Indian wicketkeeper Sanju Samson presented him with his winner’s medal. This journalist was the American correspondent of Asianet News, Krishna Kishore.

After Samson’s comforting gesture, Kishore was over the moon and explained how it all happened. “I was covering the game on site as usual, when after the game I spoke with the Windies media manager, and he said he would take a picture of me with Samson. While I I was taking the picture with Samson, he politely said to me, ‘This medal is yours’.” 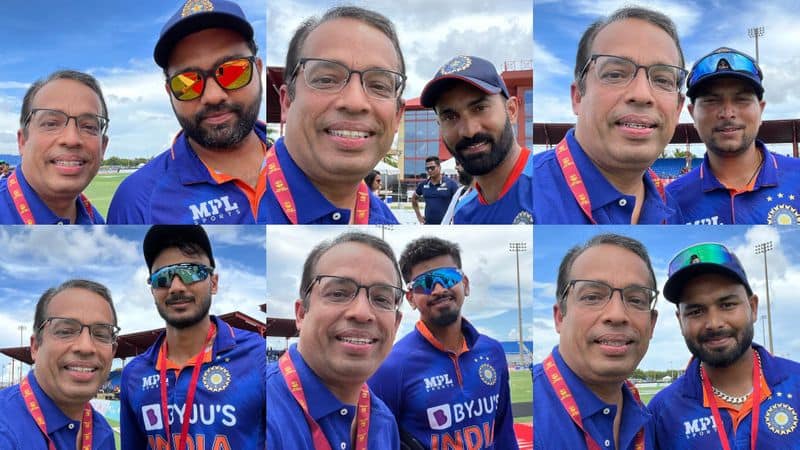 “I was so overwhelmed by his [Samson’s] gesture that I couldn’t say anything to him at the moment other than “Thank you”. I’ve known him for quite some time, and this gesture proved his gentlemanly humility. Besides Samson, I also briefly interacted with other Team India members, like Rohit Sharma, Dinesh Karthik, Kuldeep Yadav, Axar Patel, Shreyas Iyer, Rishabh Pant and many more,” Kishore added.

“While I was covering the game on the website [Central Broward Regional Park], the media box was next to the comments box. As a result, I also met Windies legends, like Darren Sammy, Curtly Ambrose, Colin Croft, Shivnarine Chanderpaul and many more. It was and still is a surreal feeling to meet the legends of the sport,” added Kishore. 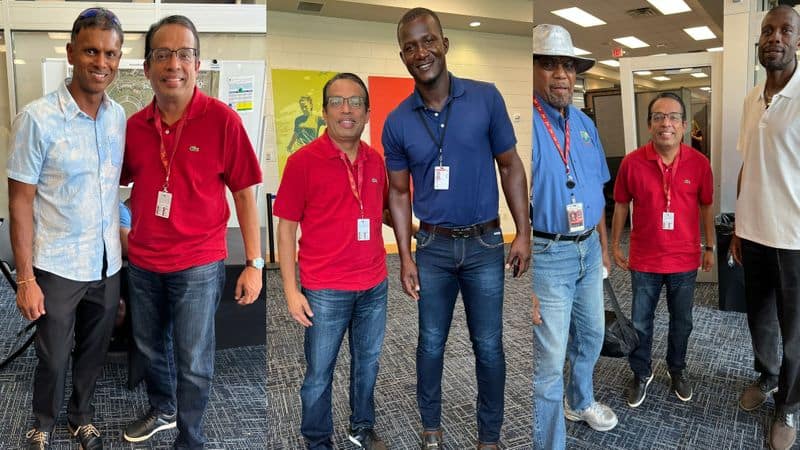 Kishore also spoke about the kind of fans that follow Samson, as he revealed, “He has a huge following in all cricketing nations, especially from the Indian point of view. The fans are cheering him out loud as soon as his name comes up. Regardless of how he plays, he is acclaimed and constantly supported by the fans. There is also a bit of superstition about him, as the fans walk away from the stands while he beat.

Kishore also presented his analysis of Samson’s performance in the Windies T20I and whether he could sail to Australia for the ICC T20 World Cup later this year. “I think he needs to be a bit aggressive with the bat. He’s definitely talented and has age on his side. But, he’ll have to redeem himself quickly in the upcoming series and the chances he has. With Karthik, Pant, Ishan Kishan and Deepak Hooda deep in the fray, his prospects [for T20WC in Australia] don’t look very good.”